According to recent McAfee surveys, 45% of worldwide respondents said that identity and privacy are their biggest concerns for online risks, and 20% said that they would use unsecured Wi-Fi to make an online purchase.

McAfee announced it is extending its long-standing partnership with Samsung to safeguard consumers from cybersecurity threats on Samsung Galaxy S10 smartphones, which come pre-installed with anti-malware protection powered by McAfee VirusScan. It will also support Samsung Secure Wi-Fi service that McAfee provided backend infrastructure to protect consumers against risky Wi-Fi. In addition to mobile, the partnership expands to better protect Samsung smart TVs, as well as PCs and laptops.

As the cyber threat landscape has evolved and grown over the years, consumers have taken notice of new risks but have been slow to change their habits. According to recent McAfee surveys, 45% of worldwide respondents said that identity and privacy are their biggest concerns for online risks, and 20% said that they would use unsecured Wi-Fi to make an online purchase. What most consumers tend to overlook is that Wi-Fi wasn’t born to be secure; it was born to be convenient. There are many ways for hackers to see who’s connected on a wireless connection and to gain access to personal information, which calls for companies to build security in from the start in order to better protect consumers.

“Due to the growing threat landscape and expansion of the attack surface, it’s more important than ever that consumers protect not only traditional devices like smartphones, PCs and laptops, but also connected home devices, such as Smart TVs,” said Terry Hicks, executive vice president, consumer business group, McAfee. “By working together with Samsung to provide comprehensive cross-device protection, we’re delivering essential security protection to more than 500 million customers, giving them the confidence they need to protect what matters.”

Secure Wi-Fi is provided in the U.S. for T-Mobile and U.S. Cellular customers. Customers in Europe are able to experience this service in selected markets*. Samsung provides           0 MB of monthly data volume at no cost, with the option for users to purchase unlimited daily or monthly bandwidth.

Samsung takes protecting consumers seriously and Samsung’s Secure Wi-Fi helps to safeguard sensitive information with encryption, which will reduce the security threats associated with using unprotected public and private Wi-Fi spots while on the go.

McAfee extended its contract to have McAfee Security for TV technology pre-installed on all Samsung Smart TVs produced in 2019. Along with being the market leader in the Smart TV category worldwide, Samsung is also the first company to pre-install security on these devices, underscoring its commitment to building security in from the start. McAfee Security for TV scans the apps that run on Samsung smart TVs to identify and remove malware.

McAfee reveals the list of top 10 movie and TV titles targeted for web crime. Enthusiasts are on the constant lookout for free and accessible ... Read More

Based on anonymized and aggregated data from more than 30 million McAfee MVISION Cloud users worldwide between January and April, the report reveals significant and potentially long-lasting trends that include an increase in the use ... Read More 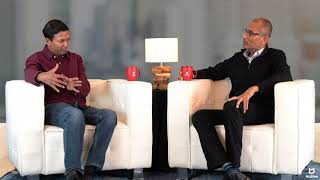 As a result of this collaboration, Atlassian customers can now leverage the power of McAfee MVISON Cloud to apply their security policies to their use ... Read More

‘Manufacturing Segment Must Evolve As per the Consumer Behaviours’

In an eclusive interaction with Sunil Agarwal of Vinod Cookware, Manufacturing trends and important mantras for future were discussed. COVID's impact and how Indian consumers ... Read More

From COVID-19 to Artificial Intelligence to trends like skill development, various aspects were discussed including insightful information from an exclusive interaction between Mr. Uday Wankawala, ... Read More