As part of its CSR initiative, NTPC Mouda is supporting the Jalyukta Shivar Yojana project which has successfully managed to turn Mouda into a water-surplus tehsil.

NTPC, Central Public Sector Undertaking under Ministry of Power in Mouda, Maharashtra has helped over 150 villages in and around its operational area to overcome water crisis through groundwater rejuvenation project. As part of its CSR initiative, NTPC Mouda is supporting the Jalyukta Shivar Yojana project which has successfully managed to turn Mouda into a water-surplus tehsil. This project was carried out by the Maharashtra wing of Art of Living along with aid from few other organizations and the State government. 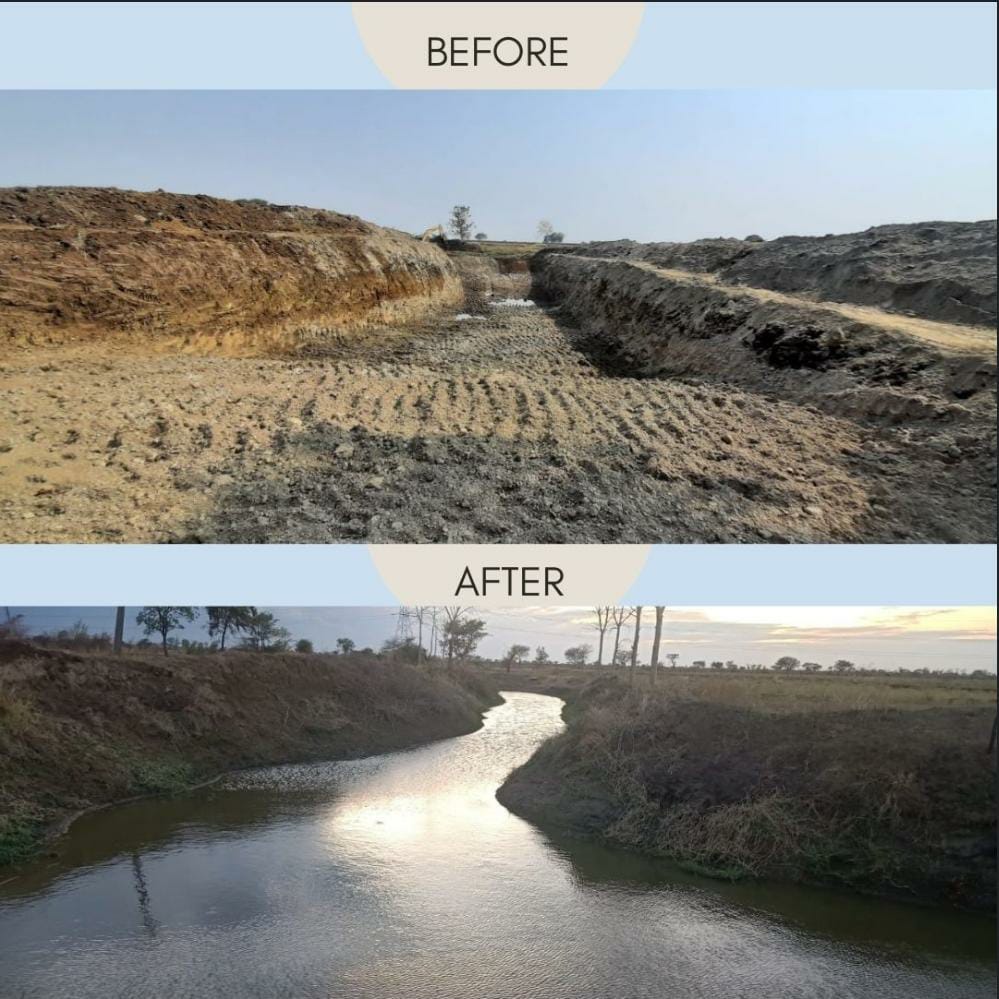 Earlier Mouda, was one of the most water-deficient tehsils in Nagpur. The project which started in 2017 has covered more than 200 km in Mouda, Hingna and Kamptee tehsils. In the last four years, over 150 villages have benefited from it. NTPC Mouda had contributed 78 lakhs for the fuel charges of machinery and equipment involved. For a similar rejuvenation project of 5 ponds over an area of 1000 acres, an amount of 1 Crore is also being provided by NTPC Mouda.

Shri Hari Prasad Joshi, Group General Manager (NTPC Mouda) said, “We are committed to the development of the nearby community and NTPC Mouda will ensure that it plays its part in doing so.

The ‘Trap the rain where it falls’ technique involves the creation of ponds and nullahs throughout the stretch of the river so that rainwater can be held for a long period. Earlier, the rainwater would run off the ground, but now the water gets sufficient time to percolate deep into the ground. This has led to a massive increase in groundwater levels.

Until a couple of years ago, the farmers in this area were struggling to get water for crops such as paddy, wheat and chilly during the pre-harvesting seasons. Now, the stored rainwater has come to their rescue and provided a new  lease of life to their crops and income levels.