Apex industry body ASSOCHAM expressed it’s reaction towards Wholesale Price Index (WPI) saying that it is in line with industry’s expectation as production denoted by IIP numbers released recently showed weak and unstable demand within the industry itself which might have forced the industry to control and manage its over production and over capacity, which is already in existence, through restricting the supply or put the cap on production which have resulted in increase in WPI numbers though marginally.

Mr. D S Rawat, Secretary General ASSOCHAM said that prices of products which are of national interest has been continuously rising are pulses, vegetables, fibres, cereals, rice, sugar, wheat and oil seeds which policy makers should check and address through supply side responses, though it is good to note that prices of onions have been managed well.

The apex chamber warns that weak IIP numbers followed by rise in WPI numbers may lead to transition of high price from producers to consumers which will eventually lead to rise in CPI numbers which is already on growth trajectory may limit RBI to reduce the key interest rates in coming bi-monthly policy reviews.

The Chamber suggests that RBI would not be in a position to address the demand and supply in India when CPI is at high level, therefore now the economy of India is in need of strong actions from government to address the structural issues of demand and supply. The chamber further advocates government to implement its capital expenditure judiciously to increase the demand first within the industry which will help the industry to produce more and address the situation of over capacity.

As stated rightly by Mr. Raghuram Rajan that WPI numbers are also affected by the actions of central banks of different countries, in the current situation where interest rates are negative in advanced economies and central banks are following aggressive monetary expansion, rise in inflation at industry level shows that supply is being stopped to manage cost and price structure despite low cost of borrowing and further industry in India is not able to benefit from this situation because of existing high leverage which is restricting its capacity to borrow and invest more, said the chamber’s secretary general..

India’s Wholesale prices have risen continuously for the third month. As per figures released by Government, WPI is at 1.62% for the month of June 2016 as compared to -2.13% during the corresponding month of the previous year.

Exports had last recorded growth in November, 2014 rising 7.27% year-on-year. Besides a global slowdown, the severe fall is attributed to global factors like a decline in commodity prices and sluggishness in the Chinese economy, among others. As compared to this, during the 2008-09 global financial meltdown, the decline was for nine months in a row.
Lat month, exports had contracted by 0.79%, to $22.17 billion, the rate of fall steadily decreasing for the last six months barring April, when it spiked to 6.74%.

Cumulative exports for the 2016-2017 financial year (April-June) stood at $65.31 billion as compared to $ 66.69 billion for the comparable period in the last financial year.

Commerce and Industry minister Nirmala Sitharaman had recently said that she believed exports have reached their lowest possible levels and would start growing soon. 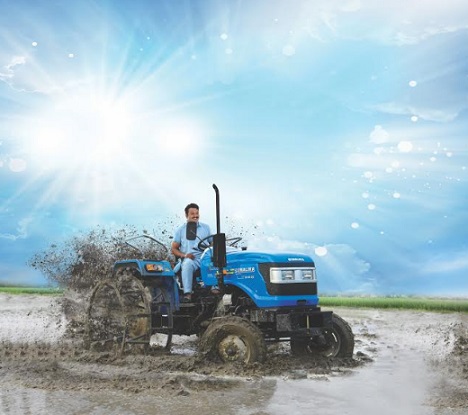