Ministry of Road Transport and Highways notifies rules for facilitating MOUs with neighbouring countries on movement of passenger and goods vehicles.

The Ministry of Road Transport and Highways had been receiving requests from various quarters to notify rules under provisions of the Motor Vehicles Act, 1988, to facilitate movement of vehicles carrying goods and passengers between India and neighbouring countries. The Ministry had earlier notified rules for the facilitation of bus services between Amritsar and Lahore (2006), New Delhi and Lahore (2000), Calcutta and Dhaka (2000) ,and Amritsar and Nankana Sahib (2006). These regulations were issued to facilitate operations under MOUs, which were signed between India and neighbouring countries.

In order to facilitate the operation of all MOUs, involving the movement of goods and passengers between India and neighbouring countries, it has been decided to issue standard rules for the facilitation of such movements. A notification dated 15th January 2021 has been published in this regard and is placed on the Ministry’s website.

SMEStreet Edit Desk is a small group of excited and motivated journalists and editors who are committed to building MSME ecosystem through valuable information and knowledge spread.
NEWER POSTMigsun Generated Rs. 421 Cr. Sale in 72 hrs in 103 Acres Development
OLDER POSTIRFC IPO to open At Rs 25-26 Per Share Price Band

With these 50 new SFURTI clusters, the total number of Clusters across India have become 371, while inaugurating these new clusters, Shri Nitin Gadkari congratulated ... Read More 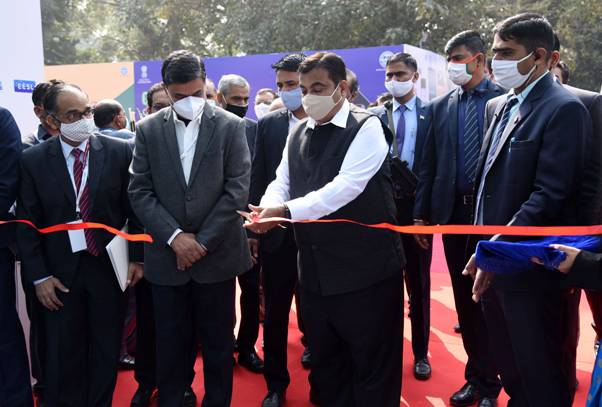 Go-Electric is the Mantra for Becoming Future Ready: Nitin Gadkari

LIVE Updated News Thread: Just after the Union Budget 2021 is tabled in the parliament by Finance Minister Nirmala Sitharaman, SMEStreet started the activity of ... Read More