Speaking at ‘Circular Economy Symposium 2019’ organised by FICCI, Kant said that resource circularity and sustainable development are the need of the hour to implement the circular economy. “Circular economy has potential to create nearly one-and-half crore jobs in next five to seven years and create lakhs of new entrepreneurs,” NITI Aayog CEO Amitabh Kant said.

“Circular economy has the potential to generate 1.4 crore jobs in the next 5-7 years & create lakhs of new entrepreneurs. Resource circularity is need of the hour to implement circular economy,” he said.

A circular economy is an alternative to a traditional linear economy (make, use, dispose) in which resources are kept in use for as long as possible, the maximum value is extracted from them whilst in use, the products and materials are recovered and regenerated at the end of each service life. This economic system is aimed at minimising waste and making the most of resources.

Kant underlined the need for legislation to promote the circular economy in the country. “Several countries have recognised the centrality of the circularity as the new paradigm for sustainable development. They have not only embraced the concept of circular economy in their daily life but also brought in regulations to ensure higher compliance and promote more reuse, refurbishment and recycling,” he said.

He said that by 2050, the world population would reach 9.7 billion of which 3 billion people would prosper to middle-class consumption level. This would require 71 per cent more resources per capita, thereby raising total mineral and material demand from 50 billion tonnes in 2014 to 130 billion tonnes in 2050, he noted. The NITI Aayog also stressed on the need for promoting non-government organisations to spread awareness and developing a circular economy as a national agenda. 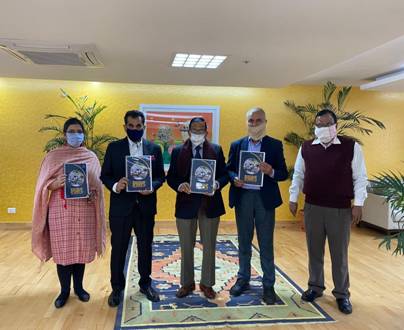 Amitabh Kant mentioned that the transaction volume has grown 80 per cent in a year's time as there were 1.14 billion payments made through UPI ... Read More