This transition period of the next two to three years provides an opportunity for India to utilise Croatia as a gateway towards Europe. 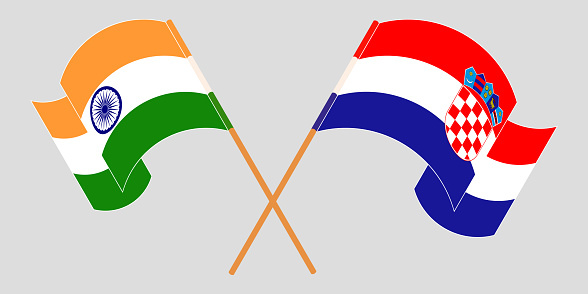 Ambassador of India to the Republic of Croatia, Raj Kumar Srivastava has said that even though Croatia is a European Union (EU) country, it is yet to be a Eurozone economy. This transition period of the next two to three years provides an opportunity for India to utilise Croatia as a gateway towards Europe.

“Croatia boasts of a very strong maritime economy and there is vast land available that is yet to be harnessed by the European economy. There are opportunities to be harnessed because of the New India and New Croatia narrative that is beginning to take shape,” he said.

HE Mr Petar Ljubičić, Ambassador Extraordinary and Plenipotentiary of Croatia to India said, “Our bilateral visits at the highest levels are becoming more frequent and that is the need of the hour.” He drew attention to the shared diplomatic relations of 30 years between both the nations and spoke about the upcoming EU-India Summit and its negotiations on trade and investment agreement between EU and India.

In perspective to the current pandemic, Mr Ljubičić encouraged policies to strengthen connectivity by quoting various ways of communication with the help of webinars and online interactions.

“Croatia’s exports to India are significantly lower than our imports from India. There is certainly a room for improvement; we must focus on new India and new emerging opportunities,” she said.

Ivica Žigić, President of the Indian-Croatian Business Council noted, “Croatia has, in recent times, accepted the green strategy and is developing a lot of opportunities for its partners all around the world. India as a part of the Commonwealth, its environment and economy, is welcomed in Croatia.”

India Imports $6.2 Billions Worth of Gold in April

The surge in gold imports pushed India's trade deficit to $15.1 billion in April 2021 as against $6.76 billion a year ago. Read More

Fifth session of Codex Committee on Spices and Culinary Herbs begins virtually - India is the Host and Spices Board India serves as the secretariat ... Read More