The biggest fall came between April and June, the height of the Covid-19 pandemic in Australia, when emissions were 10 million tonnes lower than in the same period in 2019.

Australia’s greenhouse gas emissions have fallen to a 22-year low as a result of Covid-19 restrictions, the government revealed in a new update.

According to the National Greenhouse Gas Inventory update released by the government, emissions of greenhouse gases in Australia are estimated to be 518 million tonnes in the 2019-20 financial year, reports Xinhua news agency.

It is Australia’s lowest emissions output since 1998.

The biggest fall came between April and June, the height of the Covid-19 pandemic in Australia, when emissions were 10 million tonnes lower than in the same period in 2019.

The biggest drops in emissions were in the transport sector.

“With the impacts of Covid-19 restrictions being felt across the economy, emissions have reduced as expected,” he said in a statement.

Emissions from electricity fell 4.2 per cent as a result of increased usage of renewable sources of energy.

Agriculture emissions were down 5.5 per cent largely due to the drought’s impact on livestock populations.

The data also confirmed that Australia’s emissions in the year to March were 14.3 per cent below 2005 levels.

The Australian government has committed to reducing emissions by 26 per cent to 28 per cent from 2005 levels by 2030 under the Paris climate agreement. 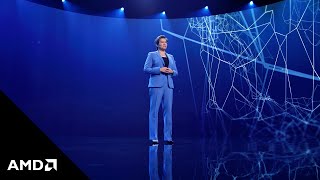 Apple Support said in a tweet on Saturday, "We are experiencing a high capacity at this time which is impacting your ability to set up ... Read More

Bitcoin, the world's most popular cryptocurrency, has surged past the USD 26,000 level to set an all-time record high, according to trading data. On Binance, ... Read More